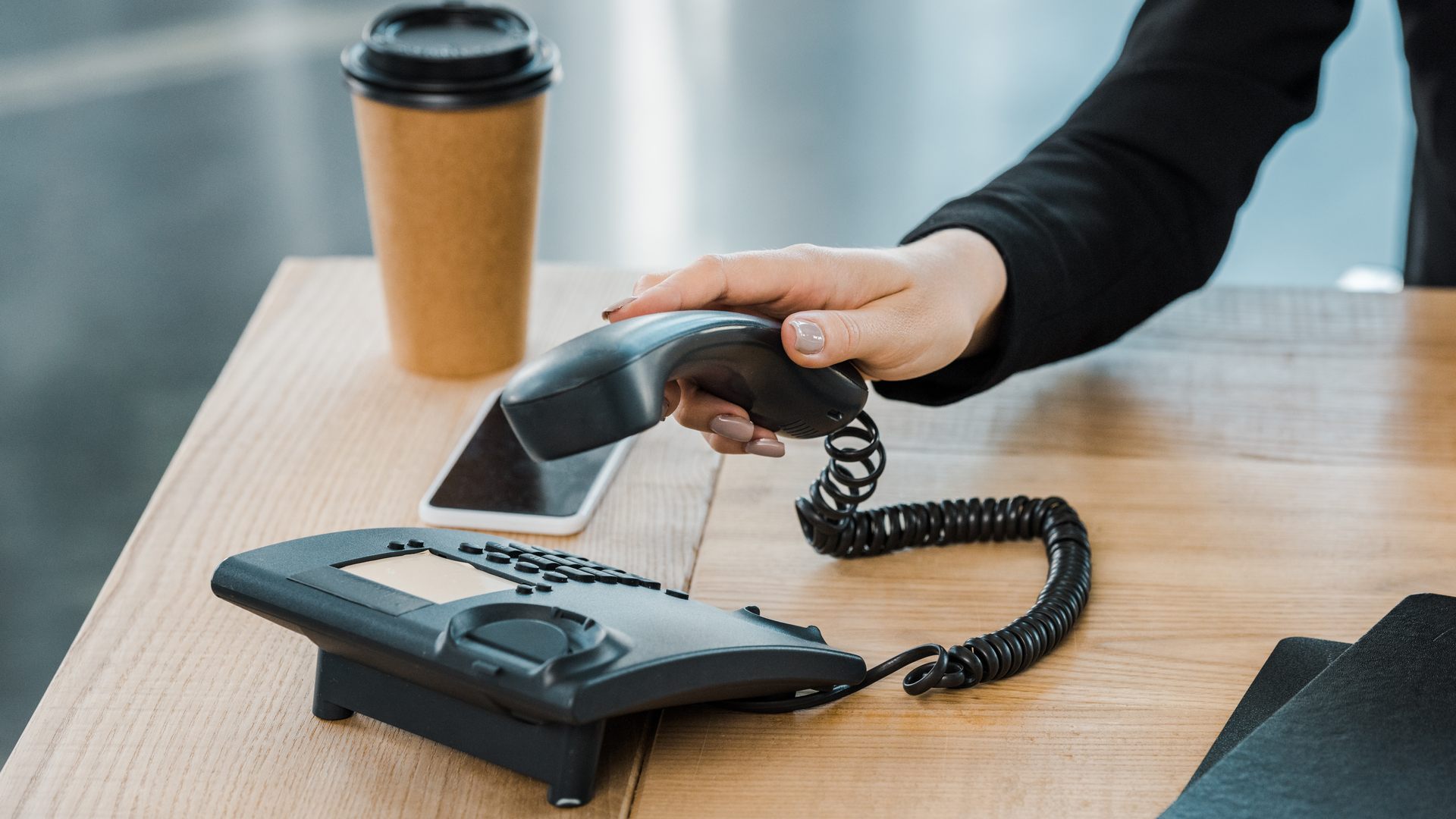 Follow-up Calls with Prospects - When Has a Salesperson Gone Too Far?

There is a common misconception in the sales industry about the importance of follow-up calls with prospects.

The misconception is based on salespeople believing if they make too many follow-up calls to a prospect, it will lead to the prospect outright rejecting the product or solution. They have convinced themselves that persistence is the same as being a pest. So, why bother following up more than once or twice? But, research disproves that theory. In fact, the more follow-up conversations, the better chance of converting a prospect to customer. It just requires a smart approach.

A good salesperson who does not give up too early in the process and knows how to develop a prospecting cadence will produce results for the business.

Why Should Salespeople Follow-Up as Many Times as Possible?

If the door is still open after the ninth, tenth, or eleventh contact, then prospecting is not over. The salesperson needs to continue following a plan until there is a diminishing return on pursuing the prospect, which typically occurs after the twelfth contact.

Prospecting Cadence Is the Key to a Successful Follow-Up

If your salesperson made a connection or established rapport with the prospect during their first conversation, they will understand how to develop a prospecting cadence to follow through until they have determined if an opportunity truly exists.

The initial contact can be in person or over the phone to uncover fit and need. Then, consider an email a week later, a social media reference or LinkedIn connection request, another phone call in two weeks, or even a mailed letter a month later to keep the conversation going. The key is understanding how to remain in contact with the prospect and staying top-of-mind with your company’s product or solution without turning into a pest and.

Your salesperson should also not sound the same in each contact. There should be a variety of messaging in the follow-up discussion so the prospect does not think the salesperson is mindlessly shooting off an email that sounds exactly like the previous phone conversation.

Vary the message and be creative with your communication. Not every contact should have a call to action. Send information that you think the prospect would take some value from, like an article about their main competitor or a piece about one of their best customers.

Another key is not to give up if the prospect does not respond right away. The prospect may have experienced an unexpected challenge professionally or personally. And, your product or solution is not a priority right now. But, it could be in a few weeks or months.

Too many salespeople give up after first contact or if they do not receive an immediate response to a follow-up conversation. A good salesperson will not take “no” for an answer until the prospect actually says “no.”

And, a lack of timely response does not mean “no.” That’s where too many salespeople fall by the wayside in the prospecting process.

According to the NSEA research, trying to complete a sale within the first few discussions is a shortsighted and undisciplined approach to doing business:

Unfortunately, only 10 percent of salespeople make more than three contacts with a prospect. Yet, the 80 percent success rate is very attainable with more quality follow-ups as part of the prospecting plan.

Salespeople who give up too early in the process either have a short career or bounce around from company to company constantly looking for a fresh start. But, their habits of not following through and stopping the prospecting process too early may be their reason for the lack of success.

When Should Salespeople Stop Following Up?

In reality, there are few instances when your sales team should stop following up with a prospect. There may be an extreme example when a salesperson reaches out to a prospect 18 times and audaciously asks the prospect, “Why haven’t you responded to my last 18 emails?” Then, the salesperson has gone too far.

But, the valid reasons to stop following through are usually rare. Below are three legitimate reasons to cease follow-up.

1. The Prospect Is Not a Fit

Your salesperson realized late in the prospecting process that the prospect was not a fit for your product or solution. Then, you can gracefully exit while recording their information in your CRM to avoid that result with future prospects.

There is a fit, but the salesperson determines after follow-up conversations that the prospect does not qualify for need. The timing could be off, or something has come up with the company where they cannot invest in the product or solution. This prospect should be placed in a lead nurturing program to continue following up on a monthly, quarterly, or annual basis.

3. The Prospect Gives You a Definitive Yes or No

The prospect is a fit and qualifies for need, then after follow-up conversations, they give a definitive “yes” or “no” answer. Your salesperson either converted the prospect to a customer, or the prospect firmly stated they do not need the product or solution and they would like to end discussions. This is the end of the road one way or another. But, until the salesperson hears a firm answer from the prospect, follow-up should continue.

The most important thing to remember with any follow-up discussion is to always secure the next step. Your salespeople should never get off the phone with a prospect until they have established the next follow-up.

This could be a phone call next week, an email with more information on your product or solution, or scheduling a face-to-face meeting with the sales team.

Salespeople who do not secure the next step have already given up and accepted “no” without actually hearing no. That attitude needs to change to be successful converting prospects to customers.

To learn more about how ProSales Connection actively pursues prospects with our disciplined approach that can help your company grow, give us a call or review our services today!

Mike Faherty is the Founder & CEO of ProSales Connection, a sales and marketing firm based in Houston, Texas. ProSales Connection specializes in helping B2B and technology companies grow through sales appointment setting and outsourced inside sales programs.